As some Washington County property owners prepare for higher appraised values with notices going out later this month, the appraisal district continues to wait on the outcome of its appeal of certain values being classified as “invalid” by the state due to being too low. 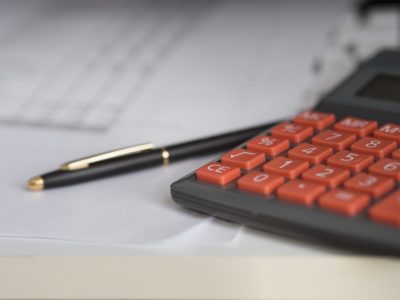 Chief Appraiser Dyann White said in a news release today (Friday) that results from the State Comptroller’s preliminary property value study in January showed that Washington County’s 2021 appraised values for Brenham and Burton ISDs were about 7 percent below those of the state at 93 percent.  When the difference between local values assessed by the appraisal district and the state values determined by the Comptroller is greater than 5 percent, the value is deemed “invalid” for the year.

White said the only result of the invalid score for 2021 is that it will have another value study performed for 2022, when studies are normally done every other year.

According to White, the appraisal district chose not to appeal in Burton ISD because of too many sales that it “simply could not argue against,” as the sales showed appraisals “were in fact too low for rural land and residential property values.”  However, it did appeal findings in the study for Brenham ISD, and while White said the state has agreed with each change the district has requested, it has not been enough to overturn the invalid score so far.

White said values are not rising because of the 2021 property value study findings, but rather because of “what is happening in the Texas real estate market.”  She assured that 2022 appraisals “will be based on actual sales information and have nothing to do with local politics or the 2021 Comptroller study.”

The study's findings can be seen here.

The appraisal district anticipates mailing approximately 36,000 appraisal notices by the end of May.  White said appraisal notices usually go out in the first or second week of May, and that last year’s notices were mailed out on May 14th.  She said the office is about two weeks later in sending them out than expected, but it is taking the time needed to ensure a “fair and accurate” appraisal for citizens.

White said most residential property is increasing 20 to 25 percent, though some properties may be more or less depending on specific characteristics.  Once appraisals are finished, a report of the percentage change by property category will be published, and the appraisal district will be able to assist owners with questions and concerns at that time.

The appraisal district office will be closed for staff training on Thursday, May 19th from 8 a.m. to 4:30 p.m.  The training will focus on assisting property owners that have questions about their appraisals, exemptions and/or protests.