The Brenham City Council has appointed a presiding judge for Brenham Municipal Court. 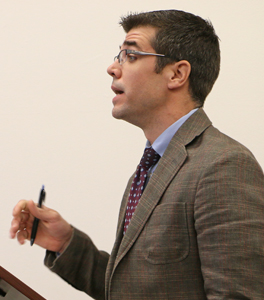 Winkelmann’s appointment follows the removal of previous presiding judge Bill Kendall in October.  Kendall, who is also the Precinct Four Justice of the Peace for Washington County, had formerly served as the City Prosecutor before being selected in 2016 as the presiding judge.  He was reappointed in 2018 for a term that was set to expire December 31st.

City officials declined to elaborate on the reasons for Kendall’s removal in October, saying the city does not comment on personnel issues.

In December, the city appointed Patricia Gruner as the associate municipal judge.  Gruner currently serves as the presiding municipal judge for the City of Navasota.

Also following executive session, the council approved the termination of an agreement with RB Film Productions for the lease of approximately 190 acres of the old landfill property located in Chappell Hill. The land was to be used for the planned “Burning of Brenham” movie, based on the book of the same name by Sharon Brass.

City Manager James Fisher told KWHI the termination was due to RB Film Productions not meeting the terms of the agreement, initially approved in January 2016. He said there was certain work product that was due to the city with a deadline, but RB Film Productions failed to turn in the product or meet the deadline.