Heads of the new shopping center project in Brenham say development is coming along well. 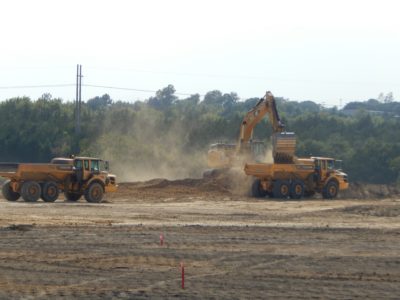 The Houston-based developer Baker Katz is currently developing 35 acres of land at the Highway 290-Chappell Hill Street intersection, with plans to build a 200,000 square-foot shopping center at that location.

Kenneth Katz of Baker Katz said work at the site has been underway for four to six weeks, and the developer has been in active conversation with several major retailers.

Katz said, while no lease agreements have been finalized, the response from retailers has been encouraging.

Katz said, for the size of the center being planned, he estimates about 20 tenants would fill the center. However, he noted that largely depends on the size of the tenants being worked with.  A certain number of tenants need to be considered national retailers. 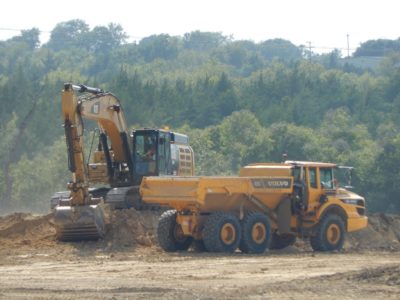 Katz said crews have had to move a lot of dirt around the site to get it into condition for development, and there are still a few months of dirt work left. In addition, dirt at the site will need to rest for several months before it can be built on.  That being the case, he said there will be months where nothing happens at the site.

Earlier this year, Baker Katz entered into a sales tax abatement with the City of Brenham and Washington County for the project. The agreement will reimburse the developer $6 million in sales taxes over a 12-year period, with the city contributing $4 million and the county putting forward $2 million.  The city will also contribute roughly $2 million for traffic and infrastructure improvements.

Katz said that having the help of the city and the county was “critical” to the project moving forward.

Katz said the current timeline for the project looks “realistic”, and the summer of 2021 should see the first wave of retailers and restaurants open for business.