Some big money is coming to the Burton school district from the federal government.

The $1.6 million will be used to improve existing school buildings due to a bond program for economically disadvantaged school districts.

The district had been discussing the Qualified Zone Academic Bonds since December.  Supt. Jim Palmer says these are loans from the federal government to schools at a low interest rate. the district pay a .47 percent interest rate and expects to pay back the money in fifteen years.   Massive improvements were made at the Brenham Junior High School several years ago under this same program.

To be eligible for the program, 35 percent of a district’s student body must be eligible for free or reduced lunches under the National School Lunch Act,  according to the U.S. Department of Education.  Data from the Texas Education Agency shows that 52 percent of the students in the Burton district  is part of the school lunch program., 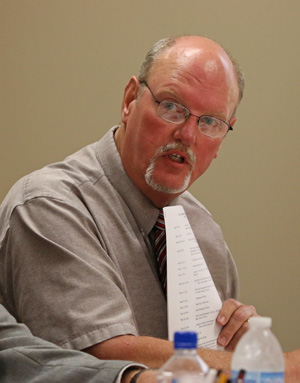 The money will be used to improve Burton High School which was built in 1937 and recently named a Texas Historical Landmark.  The funds will make the high school wheelchair accessible, provide asbestos abatement and repair of the stone exterior.

Palmer says the funds will also be used to install energy efficient lighting, air conditioning and plumbing fixtures that should save the district roughly $83,000 a year.

The Burton School district has undergone major improvements since voters in the district approved a $7 million bond issue in 2007.  A new elementary school, agriculture center, and administration building has been built.