The public will have the opportunity Monday to comment on the City of Brenham’s proposed $73 million budget. 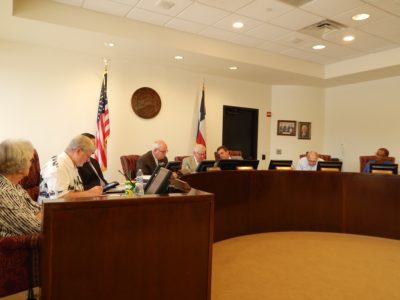 The Brenham City Council will hold a public hearing on the budget for the 2019-20 Fiscal Year.  It will also hold the first vote on the proposed tax rate of 51.4 cents per $100 valuation.

The proposed budget balances out at $73 million, with notable expenses including $21.7 million in the general fund, $38.4 million for utilities, $2.9 million in debt service, and $1.9 million for the Brenham Community Development Corporation.

In a report to the council, Chief Financial Officer Carolyn Miller said the economic backdrop for Brenham’s proposed budget is “very favorable”.  She said Washington County has seen “a resurgence in oil and gas business” and has an unemployment rate of 3.7 percent, while the city is seeing “healthy growth in the ad valorem tax base”.

The city’s proposed tax rate of 51.4 cents per $100, slightly lower than the current rate of 51.7 cents per $100, includes 32 cents for maintenance and operations and 19.4 cents for debt service.  It is expected to generate nearly $650,000 in new revenue, due to increased property values and new properties on tax rolls.

The council will meet Monday morning at 8:30 a.m., at City Hall.