The 20-year-old of a pickup, Jack Young, who crashed into a church van, killing 13 people, has been indicted 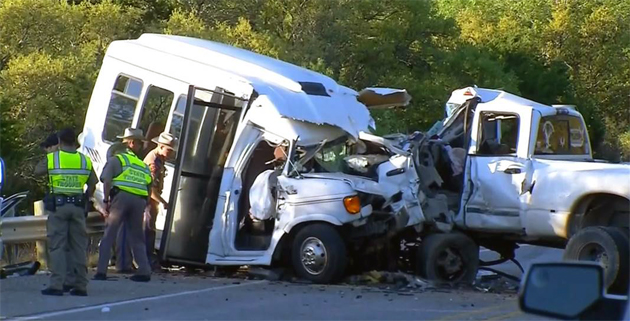 by an Uvalde County jury.

The charges were numerous, and include intoxicated manslaughter.

Authorities in the rural county stated that Young, surrendered to them Wednesday night.

Fourteen people from the First Baptist Church in New Braunfels were aboard the small bus when Young crashed head-on into it on March 29 — killing all but one person from the bus.

Young was in the hospital for 6 days according to the NTSB, and had been taking prescription medications. Marijuana had also been located in the vehicle.

Witness recall Young as having been saying "I'm sorry, I'm sorry. I was texting on my phone,” just after the fatal accident.