Authorities in Fayette County are saying severe weather may have played a factor in the drowning deaths of three men this past weekend at Fayette Lake. 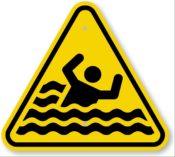 Saturday night, Texas Game Wardens responded to a boat accident involving five men who were fishing at the lake.  According to reports from Game Wardens, the boat sank after taking on water, and two of the men on board were able to swim to shore and notify authorities.

A search team made up of Game Wardens and Lower Colorado River Authority park rangers found one body in the water Sunday morning, and on Monday found the bodies of two others.

The victims have been identified as 50-year-old Fredy Donaldo Figeroa Videz of Buda, 42-year-old Jerson Gregorio Figeroa of Austin, and 50-year-old Antony Santos Reyes of Austin.

Game Wardens said when they arrived at the scene Saturday night, winds were blowing at roughly 30 miles per hour.  Authorities reported the rough lake conditions, along with the combined weight in the boat, all contributed to the boat’s sinking.

According to Game Wardens, alcohol has not been deemed a contributing factor, but there was alcohol located on the boat.  There were not any life jackets found on the boat.

Officials have ordered autopsies for the bodies of the three victims.