The City of Burton has opted to temporarily forego asking for state funding for a backup water well. 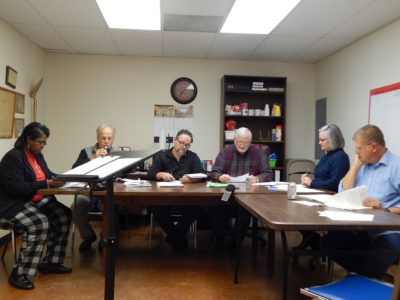 At the city council’s meeting Tuesday, City Secretary Angela Harrington told councilmembers that she and several other city officials held a conference call December 2nd with the Texas Water Development Board.

The call was to discuss a Project Information Form (PIF) submitted in March by the city to the board, in order to obtain 2020 funding from the Drinking Water State Revolving Fund.

Harrington said, due to the requirements of the application, along with the limited time to prepare it before the February deadline, the city elected to not submit for 2020 funding.  She said the city’s current plan is to complete the additional requirements between now and March 2020, so that a PIF can be submitted for 2021 funds.

Harrington said several steps will need to be taken before another PIF is submitted.

The water well has been a topic of discussion for the council for several years, with the most recent dialogue coming late last year.  The city has met with several entities to discuss engineering and financing options for a new well, following the collapse of the old well at Washington and North Brazos Streets in January 2017.