26 third grade students from Alton Elementary School met with the Brenham City Council and city administrators this (Friday) morning to learn about how our city government operates.  The students were divided into teams and given the task of designing a city park and also an entire city.  They then presented their designs to the Mayor and City Council.  Council members were interested in seeing what the kids came up with for the park, as they may get an idea of what the public wants to see in a future park in Brenham. 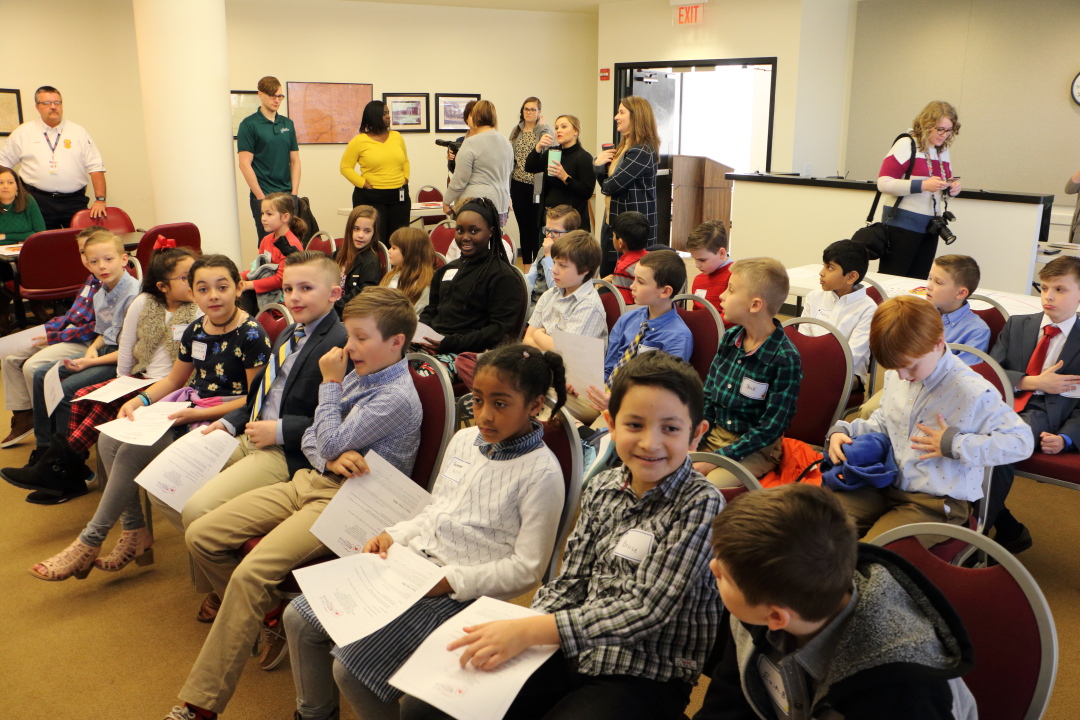 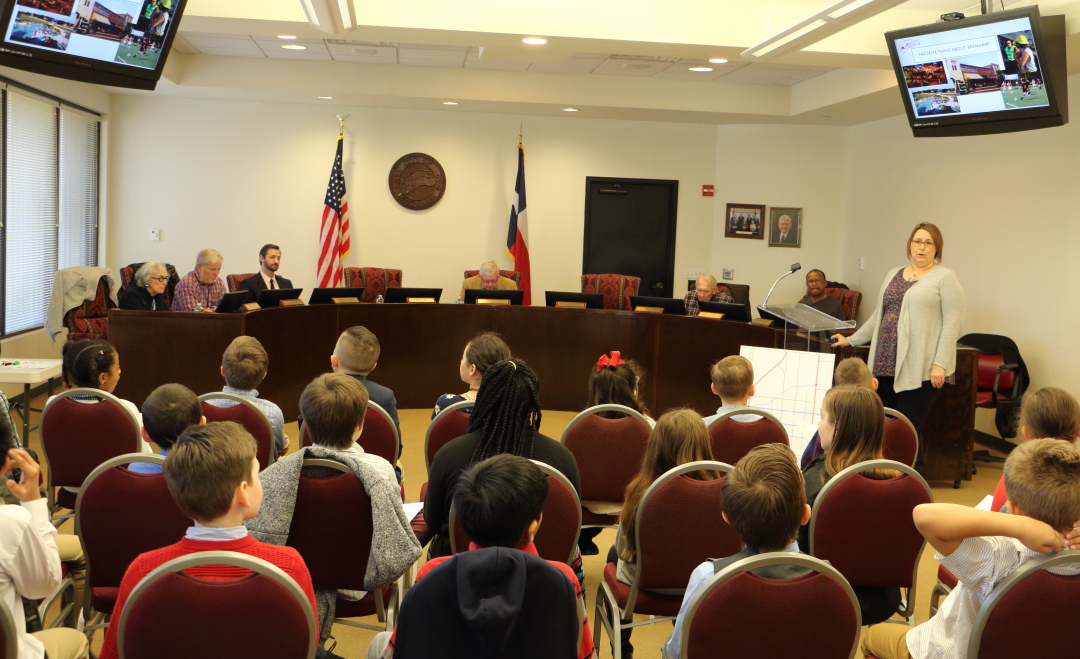 City Secretary Jeana Bellinger talks with the students about their tasks. 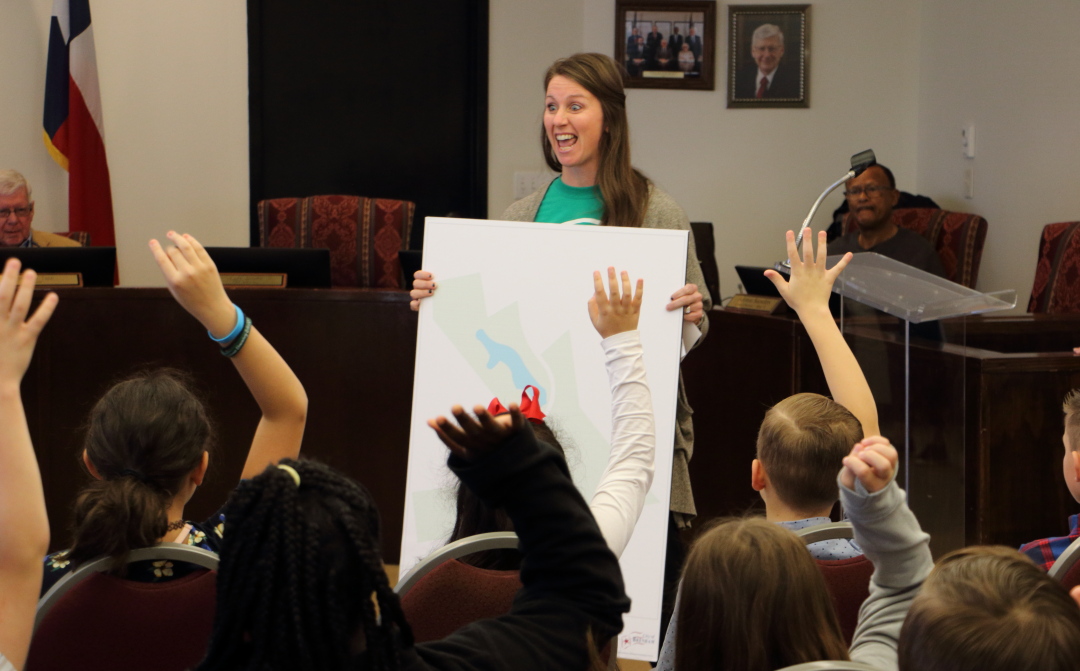 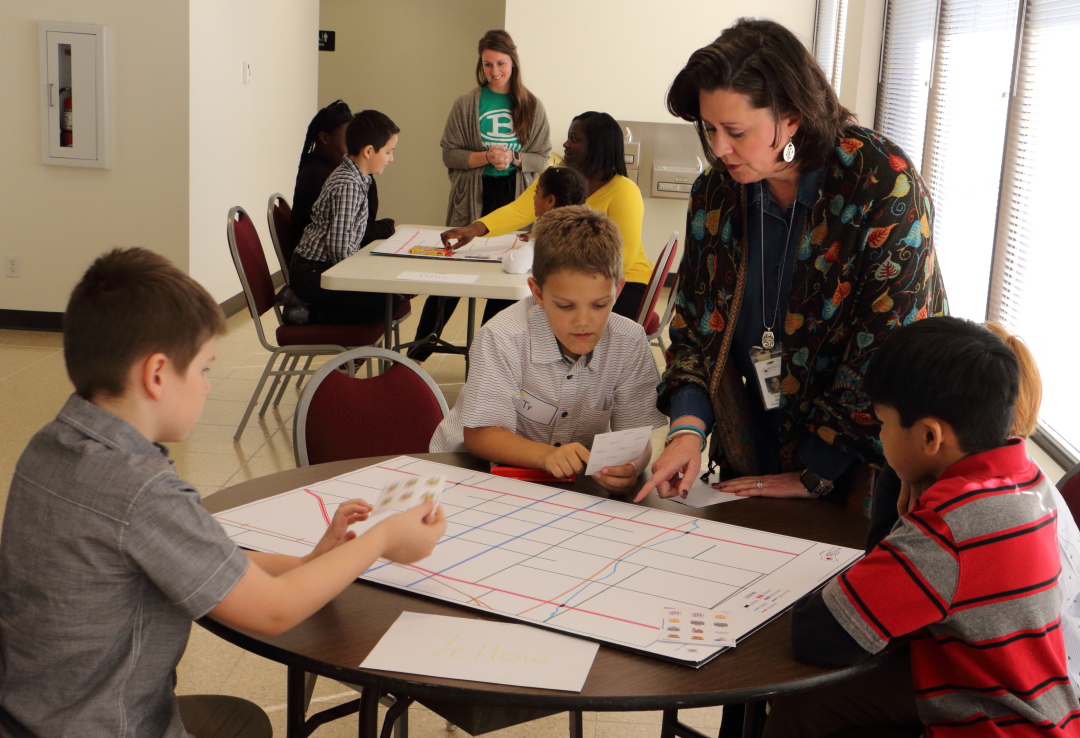 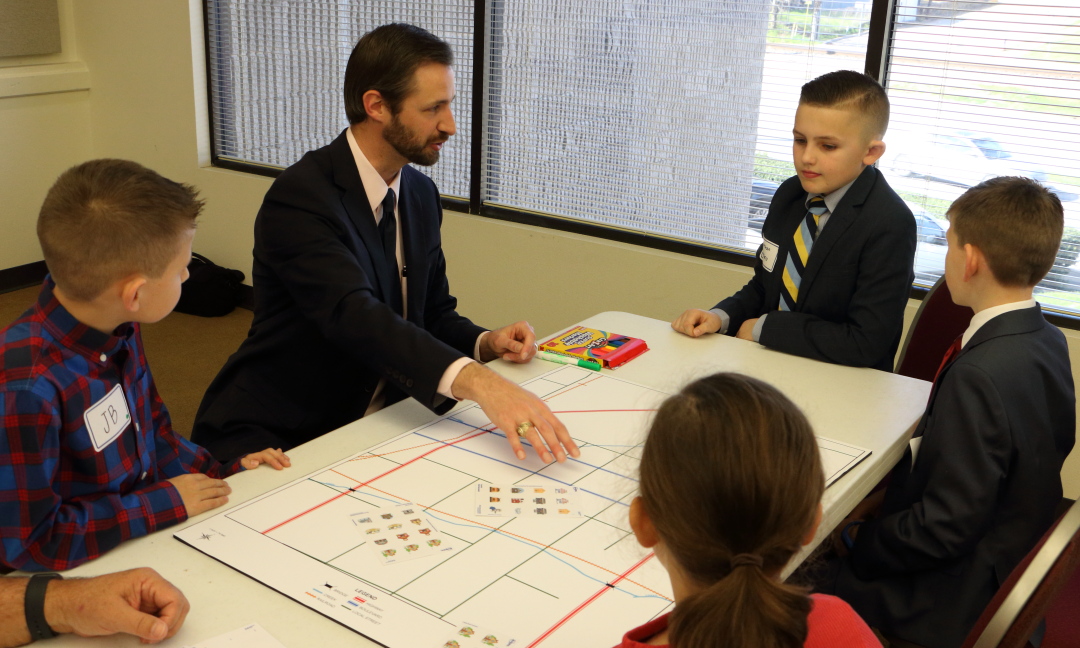 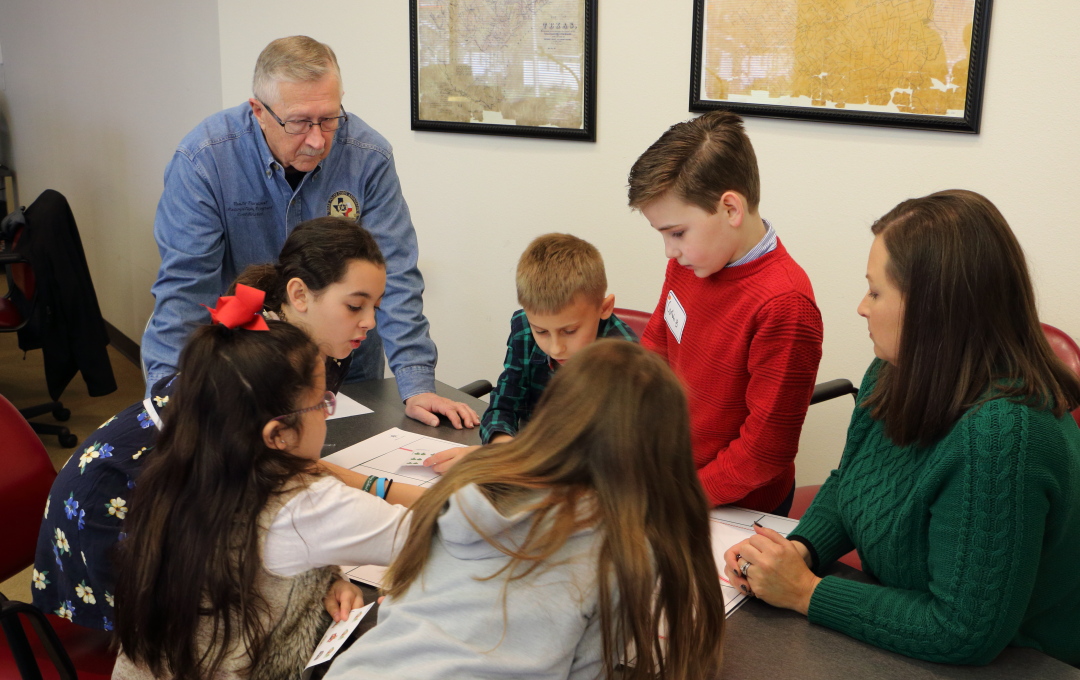 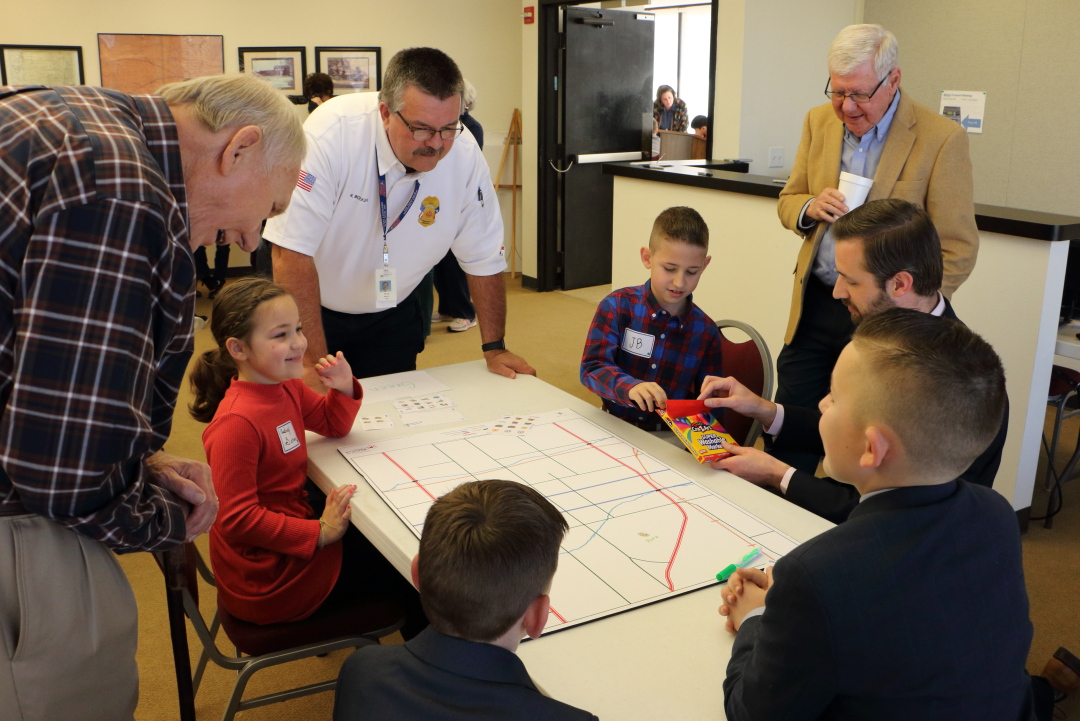