Three people have been arrested in Washington County, after authorities say fake checks were used to secure the release of a jail inmate. 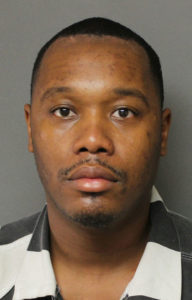 25-year-old Malika Shanice Dubose of Killeen and 30-year-old Larry James McIntosh, Jr. of Taylor face forgery charges after they both used counterfeit cashier checks to release 29-year-old Illinois resident Johnathan Javon Fullilove. Fullilove was in the Washington County Jail after being arrested by Brenham police for Bail Jumping and Failure to Appear, Tampering with a Governmental Record, and Unauthorized Use of a Motor Vehicle.

Sheriff Otto Hanak says the forgery investigation began on September 13th, when Dubose passed three counterfeit cashier checks to the jail for Fullilove’s release.  His bonds were $90,000 at the time.  After his release, the checks were found to be counterfeit, and arrest warrants were issued for Fullilove.

Dubose was identified by her placing her actual name on the counterfeit checks, and by jail records related to her previous incarceration. Felony warrants were issued for her arrest, for three counts of Secure Execution of Document by Deception and three counts of Forgery, both third degree felonies. 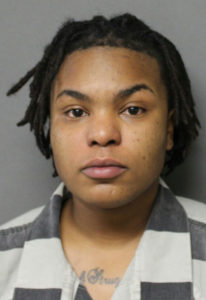 At about 2 a.m. Friday, October 11th, Dubose’s vehicle was stopped by Giddings police, who found she was wanted out of Washington County.  She was arrested and taken to the Lee County Jail, and awaits transfer to the Washington County Jail.  Her bonds total $150,000.

Thursday, Fulliove appeared in District Court, related to the original charges, and was arrested by deputies. His bond was raised to $300,000.

Late Friday afternoon, a man later identified as Larry McIntosh came to the Sheriff’s Office and placed three cashier checks in the jail window and immediately left the jail, without completing the necessary paperwork. The checks, worth $300,000, were intended for the release of Fullilove, but were also counterfeit. 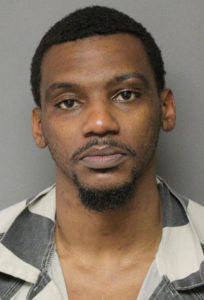 Jail staff were notified about the attempt to pass counterfeit checks, and told to keep an eye out for the man should he return to complete the cash bond paperwork. Just after midnight, the same person, who matched earlier video surveillance, returned to the jail window saying he was there to complete the paperwork for Fullilove.

Around 12:30 a.m., shortly after completing the paperwork, deputies identified and arrested McIntosh. He was charged with three counts of Forgery and Failure to Identify-Giving False or Fictitious Information.  He was also wanted by the State of Louisiana as a Parole Violator.

McIntosh’s current bond totals $40,000. The Sheriff’s Office says an additional three charges of Secure Execution of Document by Deception will be filed.