Social media is a great way to stay in touch with friends, plan events, and unfortunately, waste a lot of time watching and sharing videos.  Social media is not, however, a great way to get all of your news.  And, social media becomes an ugly monster when people share lies and fake stories because they believe it’s the truth. 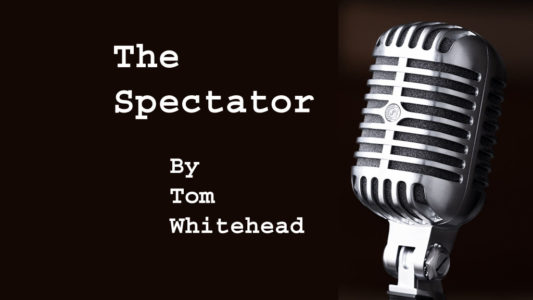 Lately there have been a few untruths being spread locally on social media, often because no one knows the real truth.  While I can’t address all of the questions, I can answer a couple of them.  First, the proposed skydiving operation for the Brenham airport was not squashed by the Brenham City Council.  They actually approved the company’s plans at last week’s council meeting.  It was a group of local pilots who confronted and bullied both the company officials and a local hanger owner after the meeting that resulted in the hanger owner pulling the lease agreement.

Main Street Brenham recently approved some incentive grants for downtown businesses, like $7000 for façade improvement and $3000 for painting the exterior of a building.  Some folks on social media complained that their property tax money was being given to local businesses…and that wasn’t fair.  Well, the truth is that most of the money that Main Street uses for incentive grants is raised by volunteers through events like “The Uptown Swirl” and the “Summer Sip”.  A portion does come from sales tax dollars that are earmarked for economic development.  Personally I like the fact that at least a little of those tax dollars are going to our local businesses and not to some big corporate box store on the loop.

Finally, I want to congratulate everyone involved who made last weekend’s “Downtown Stroll and Lighted Christmas Parade” a wonderful success.  A special thanks to McDonald’s whose staff served McDonald’s pancakes at “Breakfast with Santa” at Must Be Heaven.  And although it was a well-kept secret, a huge thanks to HEB for providing the s’mores stations so kids could enjoy s’mores on the square after the parade.

Downtown Brenham has two more events this weekend for you to enjoy.  Saturday from 10 ‘til 6 many stores are providing holiday drinks, snacks and sweets while you shop as part of “A Taste of Christmas”.  Saturday night a large number of folks will dress up in costume for the “Brenham Bounce Santa Crawl” as they visit downtown restaurants and bars.  So get in the holiday spirit by spending some time in our wonderful, historic downtown.  And be careful what you read, and spread on social media.