The Brenham City Council has approved adoption of a proposed tax rate of 51.4 cents per $100 valuation. 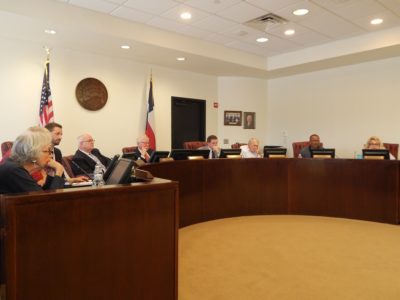 The council at its meeting this (Thursday) afternoon approved the rate, which is slightly lower than last year’s rate of 51.7 cents per $100. It maintains the same operations and maintenance (O&M) rate of 32 cents, while reducing the interest and sinking (I&S) rate from 19.7 cents to 19.4 cents.

However, even though the tax rate is lower, rising property values will still mean higher taxes for many Brenham homeowners.

The Appraisal District has certified taxable values in Brenham this year at $1.45 billion, $135 million above last year’s adjusted values. The net increase is made up of $16 million in new properties and improvements, and $119 million in existing property values and other changes.

Taking the increased property values into account, along with the unchanged O&M rate, the city expects to generate $382,000 in additional tax revenue to the general fund. Finance Director Carolyn Miller said the city will also soon see its first investment into the newly created Tax Increment Reinvestment Zone (TIRZ) Fund. 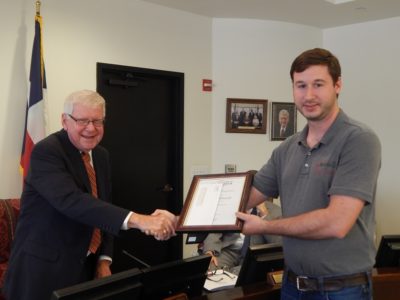 The council has set public hearings on the proposed tax rate for August 14th and September 5th.  Formal votes for the rate will take place at the council’s meetings on September 16th and 19th.

Also in session, the council heard from a citizen who brought up the surveys being hosted across town by Prairie View A&M professor Dr. Logan Yelderman, in regards to the city potentially adopting a form of prisoner re-entry program.

The citizen asked if the city knew of the surveys taking place, and if it would take a stance on the matter. City Manager James Fisher said that both he and the council were unaware of the surveys.  He said the matter may be brought up at a future council meeting.