Brenham City Manager James Fisher said the city is “cautiously” and “optimistically” moving forward with the new fiscal year budget, despite some concerning numbers presented at a budget workshop Thursday. 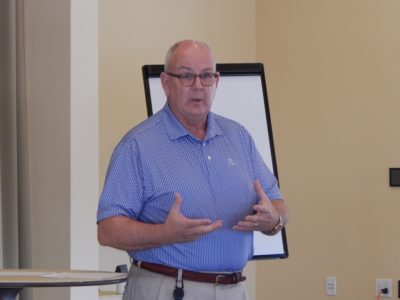 Fisher met with city councilmembers to go over changes made to the budget since the last budget meeting on July 16th.  The proposed budget now sits at $68.7 million, up from the previous budget projected at $66.4 million.

Changes to the budget will require the city to pull $64,302 more out of general fund reserves than it had initially expected in July, in order to account for the difference between $71,227 in new general fund expenses and $6,925 in new revenue.

The city is now proposing to pull $361,690 out of reserves for the new budget, although Fisher said they are “the absolute last thing” the city will use if it has to, and will not use them if they are not necessary.

Following the change, Fisher said the city’s days of reserves will go down to around 84 or 85, despite the city’s financial policy stating that it keep a level of 95 days.  He said the city is “very aware” of this, and is looking at where adjustments need to be made.

Earlier this month, the council officially proposed a tax rate of 50.4 cents per $100 valuation, one cent less than last year’s rate.  Fisher stressed that the city could have asked council to consider a higher tax rate so using reserves would not be necessary, but it avoided doing so at the request of the council.  In light of what the COVID-19 pandemic has brought down and may continue to bring down on local businesses and the community, he said the city still feels it necessary to leave the tax rate as flat as possible. 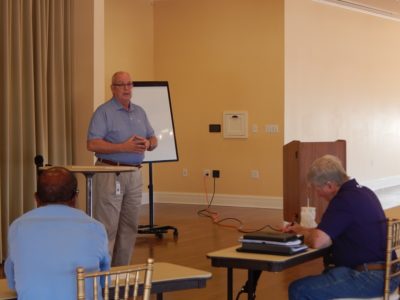 The change in the overall budget from $66.4 million to $68.7 million is largely due to an increase in capital expenditures, because the raw water intake project at Lake Somerville was put “in a pause” for the rest of the current fiscal year.  Fisher said after getting started, the city saw some things in the project that were different from what were originally bid on, and thought there might be a different way to reconstruct the service road that leads from the lake road down to the pump pad without incurring additional costs.

Fisher also alerted to “very concerning” changes to the Revised Annual Estimate (RAE) for the current fiscal year pertaining to the city’s wastewater fund.  In July, the city was planning on having $969,348 in FEMA grant revenue, but that number has dropped to zero.  Fisher said this is due to FEMA deciding they were not going to fund a city project involving the placement of steel pilings to help shore up and protect the wastewater treatment plant.  He said the city plans to appeal the decision, and will be in contact with U.S. Congressman Michael McCaul and U.S. Senator Ted Cruz.

Despite the challenges facing the city, Fisher said it has made great strides in managing expenses, and he believes it will still end the year on a good note.

On a separate topic, Fisher said the city will send three or four Brenham police officers to Navasota to patrol the town on Tuesday, so that Navasota police officers can attend the funeral of Officer William Cooper, who died Monday while on vacation at the Sturgis Motorcycle Rally in South Dakota.