Jay Kimbrough, the long time political advisor to Gov. Rick Perry, and the one-time deputy chancellor of Texas A&M, continues to improve after being critically injured in a motorcycle accident near Navasota early Friday evening.

Kimbrough was injured while riding his motorcycle north of Navasota when he ran off the road.  He has to be airlifted to Bryan St. Joseph’s Hospital and was listed in critical condition for most of the weekend.

Kimbrough had a storm career as the deputy chancellor at Texas A&M.  He had to be forcibly removed when his position was eliminated three years ago and he reportedly pulled a knife on Texas A&M security officials in an effort to stay in the office. 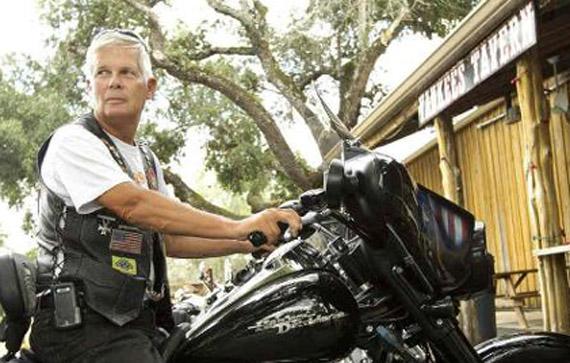 Kimbrough has since been the Director of the Department of Homeland Security for the DPS.

Kimbrough has been known for being in both dangerous and controversial situations.

He took over as Bee County Judge in south Texas, when his predecessor Bob Walk was convicted official misconduct.  He made an unsuccessful bid for congress the next year.

He was a Marine Corps helicopter pilot in March of 1967 when he was shot down.