Washington County will move forward with Collier Construction for the building of the new county Road and Bridge facility. 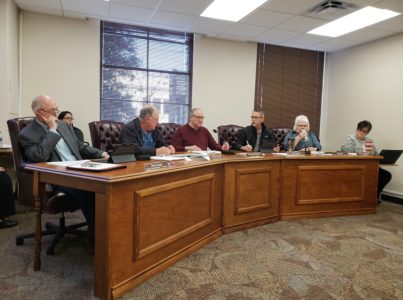 The alternates that the county opted in for included galvanized steel beams for the metal base, costing $2,500; high volume, low speed fans, for $24,000; building letters on the side of the building, along with a sign on the road for the facility, costing $5,500; and woodwork for $29,000.

Commissioners put an alternate request for base stabilization on hold, saying they wanted to discuss it more. This alternate was projected to cost $344,000.

Before deciding on the bid, the commissioners court received a written affidavit from PlanNorth’s Principal Architect Katie Burch, which acknowledged the business and familial relationship between PlanNorth and Collier Construction.

The statement read that neither Collier Construction nor PlanNorth had financial interest in the other, and this project would be managed with “utmost professionalism and transparency”.

Brieden said that he and the commissioners court worked to make sure this project was transparent and ethical. Brieden stated that everyone felt the best way to address this potential conflict of interest, was “to handle it head on”.

Commissioners had sixteen companies come pick up bid packets, but just two that submitted bids. The New Facility Construction Committee that reviewed each of the bids chose Collier Construction’s as the one with the best value and lowest cost to the county.

County Judge John Brieden said the county has enough cash in reserves to fund the project, which will be built on 21 acres of property on Highway 36 North. 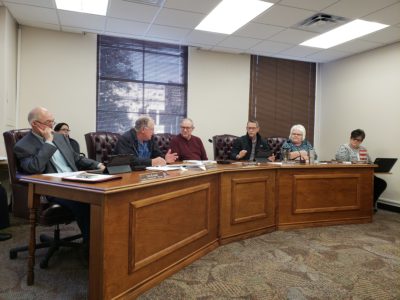 In other items on the agenda, the court approved a resolution authorizing the county attorney’s office to carry commission for enforcement officers.

The office recently hired an investigator, whose commission is carried by the Brenham Police Department.  The county will now look for approval from the state.

In addition, the county moved to extend its annual agreement with Revenue Optimization Solutions. Brieden said the organization helps the county obtain upwards of $200,000 of Medicaid funding per year.

The court also approved a request from the Precinct 2 Justice of the Peace, for the purchase of a $119 Seagate USB3 Drive from JP Technology Funds. The drive will be used as a backup for computer files.

The court concluded with a series of reports and budget line item transfers and amendments.