The President and CEO of Citizens State Bank (CSB) for nearly 40 years has announced he will be stepping down from those duties. 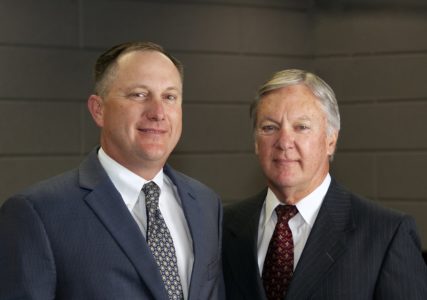 Ben Flencher, who assumed his father’s role as President and CEO of the bank in 1981, will pass on those responsibilities to his son, Aaron Flencher, after he was appointed by the bank’s Board of Directors.

Aaron will assume those positions effective immediately. Ben will continue to serve as Chairman of the Board of Directors and assist the bank on a day-to-day basis.

Ben assumed the roles of President and CEO at CSB from his father, Ervin, in 1981, and became Chairman of the Board in 1996 following Ervin’s passing. Under Ben’s leadership, the bank was expanded into its six current locations in Somerville, Deanville, Caldwell, Snook, Brenham, and Navasota.

Ben said in a news release that he has “every faith in Aaron” that the bank will continue to do what it has done for 95 years, serving and prioritizing local people. Aaron said it will be tough to follow in his footsteps, but he plans to continue Ben’s “vision on growth and customer service”.

Aaron has over 25 years of experience in the banking industry, spending his career serving and working alongside his father and grandfather in the bank and local community. Most recently, he served as Executive Vice President, member of the Board of Directors, and Secretary of the Board for the bank.  Prior to that, he held the position of Branch Manager in Navasota.