The Blinn College football team is the favorite to win the Southwest Junior College Football Conference title after claiming the top spot in both the media and coaches’ preseason polls.

“We are honored to be selected as the top team in the conference among the media and coaches, and it is nice to have preseason accolades,” said Ryan Mahon, Blinn head coach. “We definitely have the talent to win the conference, so the main things will be to stay focused and come together as a team. Team chemistry will be of the upmost importance this season.” 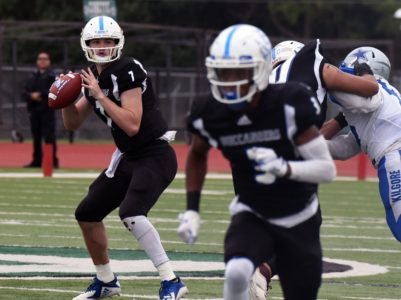 Blinn finished the 2018 season ranked 15th in the nation with a 7-4 record after defeating then- 14th ranked Scottsdale in the Valley of the Sun Bowl. The Buccaneers then signed 38 players on National Signing Day in February.