The former Tax Assessor-Collector for Austin County was indicted by a grand jury last week. 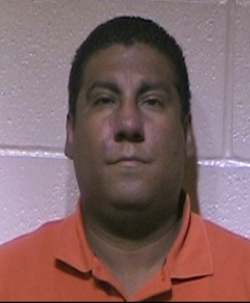 39-year old Marcus Pena was indicted on Wednesday in the 155th Judicial District Court on charges of theft and misapplication of fiduciary property of a financial institution, greater than $150,000 and less than $300,000.

County officials say they discovered discrepancies in the office funds when a new assessor-collector took office.