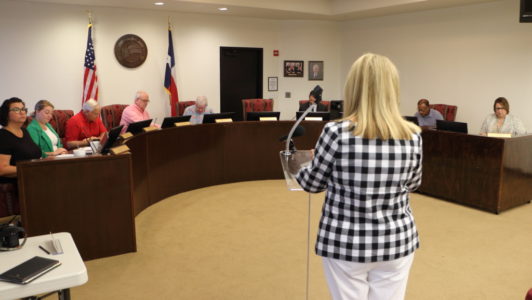 The Brenham City Council will hear a request from a local company to create a reinvestment zone for a commercial tax phase-in incentive at its meeting Thursday.

The company requesting the creation of the reinvestment zone is QuestSpecialty Corporation, a manufacturer of industrial chemical products sold through distributors who resell under private labels to plants, hospitals, schools and other institutional users.

The company, which is located on over 16 acres at 2001 East Tom Green Street, currently employs 160 people and is seeking to add more employees as it is expanding production.  Through the Bureau of Labor Statistics, the city estimates the expansion will create 30.5 new jobs and an additional $1.69 million in salaries.

Also at Thursday’s meeting, the council will meet in executive session to consult with the city attorney regarding pending litigation, including:

The council will meet Thursday afternoon at 1 p.m. at Brenham City Hall.