When the Commissioners of Washington County voted to allow for the transfer of an unused Chevy Tahoe from the Sheriff's Office to the Constable of Precinct 3 David Blakey Jr., the vote was split 3/1, with Commissioner Hanath making up the sole ‘nay’ voice.

Commissioner Kirk Hanath was clear he did not support the motion as it stood, as it the way they had written it, it would be a change to the constable's budget. For Hanath, he firmly believed it did not follow proper procedure. Washington County Judge John Brieden explained Hanath’s protest…

However, he also stated he isn’t opposed to the idea of outfitting Blakey with a vehicle, but rather he added, “What [he’s] opposed to is changing the budget without proper procedure. We’re in budget now… we could change it right now.” 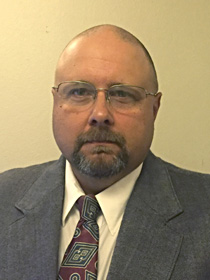 Commissioner Joy Fuchs made the motion to transfer the vehicle to Blakey contingent on a temporary trial period of six months, suggesting they see how the constable's “performance” responds. Her indication was based on ticket writing as a source of income, mentioning how she goes “79 mph up 290 and people fly by like [she’s] standing still.”

Blakey has argued he would be able to make traffic stops if outfitted with a county issued vehicle, complete with radar and radio.

Brieden suggested the timeline be moved to a year instead, as that would be a more feasible trial timeline.

Constable Blakey is requesting the vehicle, which was discharged from service from the Sheriff’s Office rotation after maintenance issues, with the contingency that he would have to pay for the repairs to it.

Brieden added that at this time, Blakey’s budget is not made for a vehicle.

Blakey would be the only elected Constable with a vehicle. Brieden mentioned some Constable Deputies have them, but the Constables, who are elected officials, are reimbursed for personal vehicles after turning in monthly reports.