A Somerville man has been handed 99 years’ prison time by a Burleson County jury. 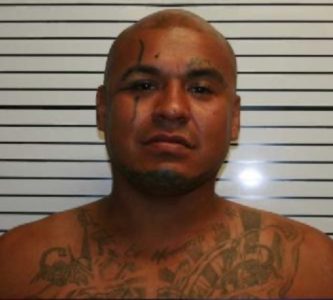 37-year-old Richard Laredo, Jr. was sentenced Thursday to 99 years for Aggravated Assault with a Deadly Weapon. He was also sentenced to 50 years for Evading Arrest with a Vehicle.

Laredo was arrested last March after a five mile car chase with police, which ended with his tires being shot out by authorities near Lyons.

The pursuit began when law enforcement responded to a 911 call, in which the victim reported that Laredo had beaten her severely, attempted to cut her throat with a knife, and lit a rag on fire threatening to burn to the house down.

When several agencies responded to the home, Laredo fled the scene, driving into a ditch on Highway 36. Laredo reportedly tried to escape by backing towards an officer standing outside his patrol car, before a trooper fired his weapon and disabled Laredo’s vehicle.  Authorities said he had blood on his clothes when he was taken into custody, along with multiple containers of beer and liquor in his vehicle.

During the trial, the victim testified, along with law enforcement from Highway Patrol and the Burleson County Sheriff’s Office. Laredo also testified, saying that the victim cut herself to frame him and that “there were two victims that day”.

During the punishment phase, A.C. Schooler of the Bryan Police Department presented evidence regarding Laredo’s ties to the Latin Kings street gang.

Laredo will not be eligible for parole until half his sentence is served. He is already out on parole until 2040 for a weapons charge.

Burleson County District Attorney Julie Renken said family violence cases “can be hard to prosecute due to the intimate relationship between victim and offender”. She added, however, “where the abuse has escalated to such violent levels, we often hear from victims that ‘Enough is enough’”.  She said the jury thought likewise when giving “such a long, and justified, sentence”.