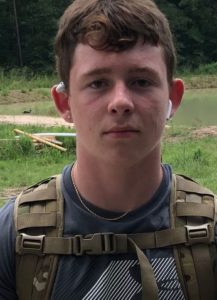 The Grimes County Sheriff’s Office Criminal Investigations Division is asking for the public’s help in finding a missing teenager.

16-year-old Jacob Brown was last seen February 13th.  According to authorities, Brown voluntarily left his residence and is believed to have traveled to the Spring area.  Brown’s mother previously had phone contact with him when he told her that he was coming home, but he did not arrive.

Brown is a white male, 5’10”, 205 pounds, with brown hair and hazel eyes.  He was last seen wearing black pants and a black hoodie.