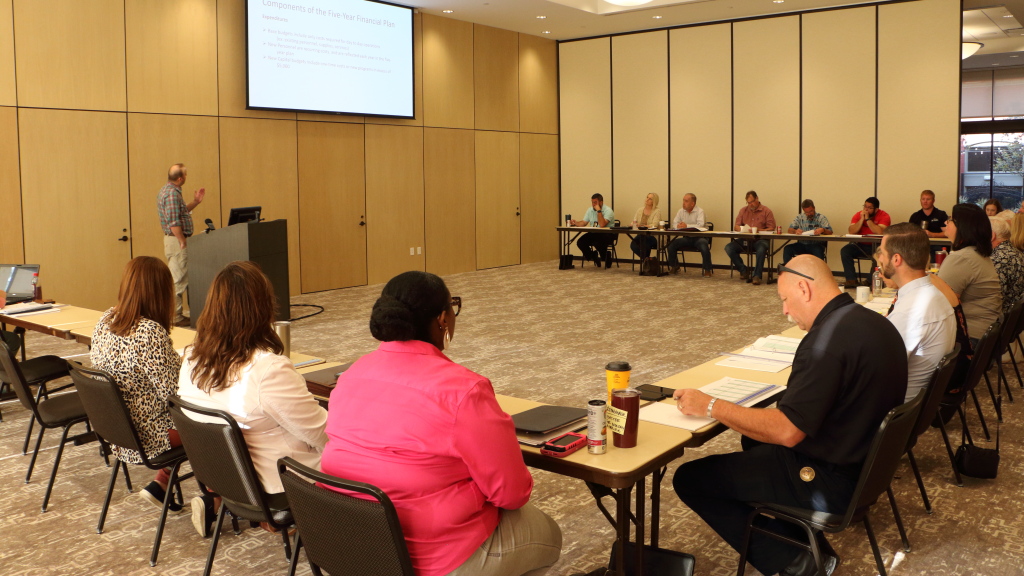 The City of Brenham held its first budget meeting for the next fiscal year Monday.  The presented plan was for both the next year and the next five years, and is described as extremely preliminary.  The new budget needs to take into account inflation, labor shortages, supply chain shortages and the associated longer lead time and future economic uncertainty.

Department heads went over the preliminary budget and highlighted their projected needs for the next 5 years. The departments included electric, gas, water supply and waste water, drainage, streets, parks, library, aquatics, animal control, fire and police.  One item of note is the new fire station.  It is currently on the budget for the architectural and engineering work to be done next year for $297,000 and construction to begin the following year for $3.3 million.

The next budget meeting for the city will be July 11th and 12th with July 26th set aside if needed.