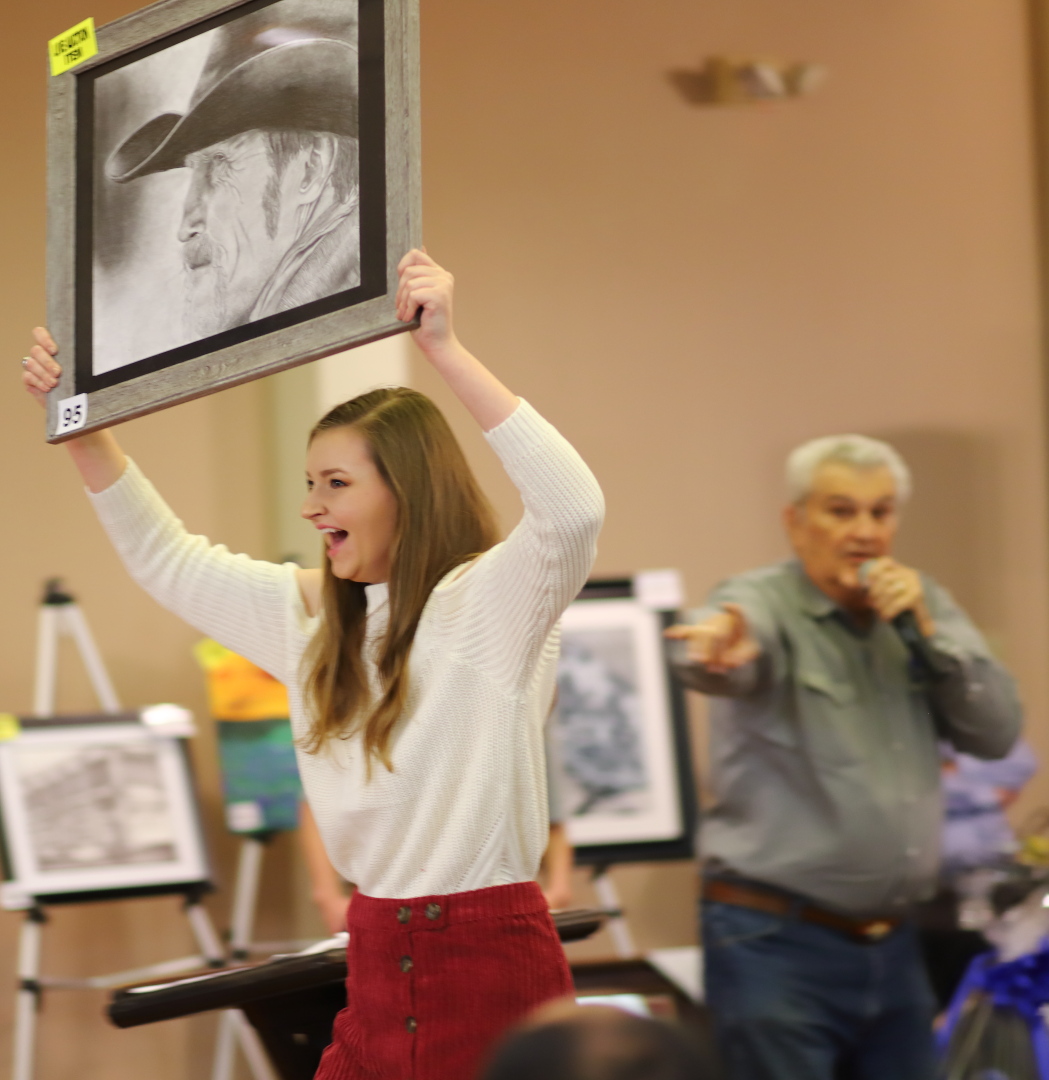 Jill Rosenbaum reacts as the bids go up and up on her artwork.

An overflow crowd turned out for Brenham ISD’s Education Foundation’s Arts and Appetizers event Thursday night in the Ballroom at Ant Street Inn.  The live auction this year featured the framed artwork from 16 Brenham ISD students along with numerous donated items such as a guided Duck Hunt and a Hill Country Getaway.  The highest bid came on the very last item in the live auction.  A drawing of a Watchful Ranch Hand by Brenham High School Junior Jill Rosenbaum sold for $2100 to the Bar CR Ranch.  The drawing was featured on this year’s invitation.  Other items were auctioned off in a silent auction and a raffle was also held.

All proceeds from the event go to Brenham ISD art students and programs, as well as Brenham public schools.  According to Finance Director Kim Weatherby, the total amount raised this year by the auctions, raffle and donations is $33,126.  Last year’s event brought in $23,185.  The Brenham ISD Education Foundation uses the funds raised at the event for mini-grants that are awarded to teachers in the district for items to use in their classrooms.  Anyone wishing to contribute to the BISD Education Foundation can mail their gift to 2211 South Day Street #330, Brenham, Texas 77833. 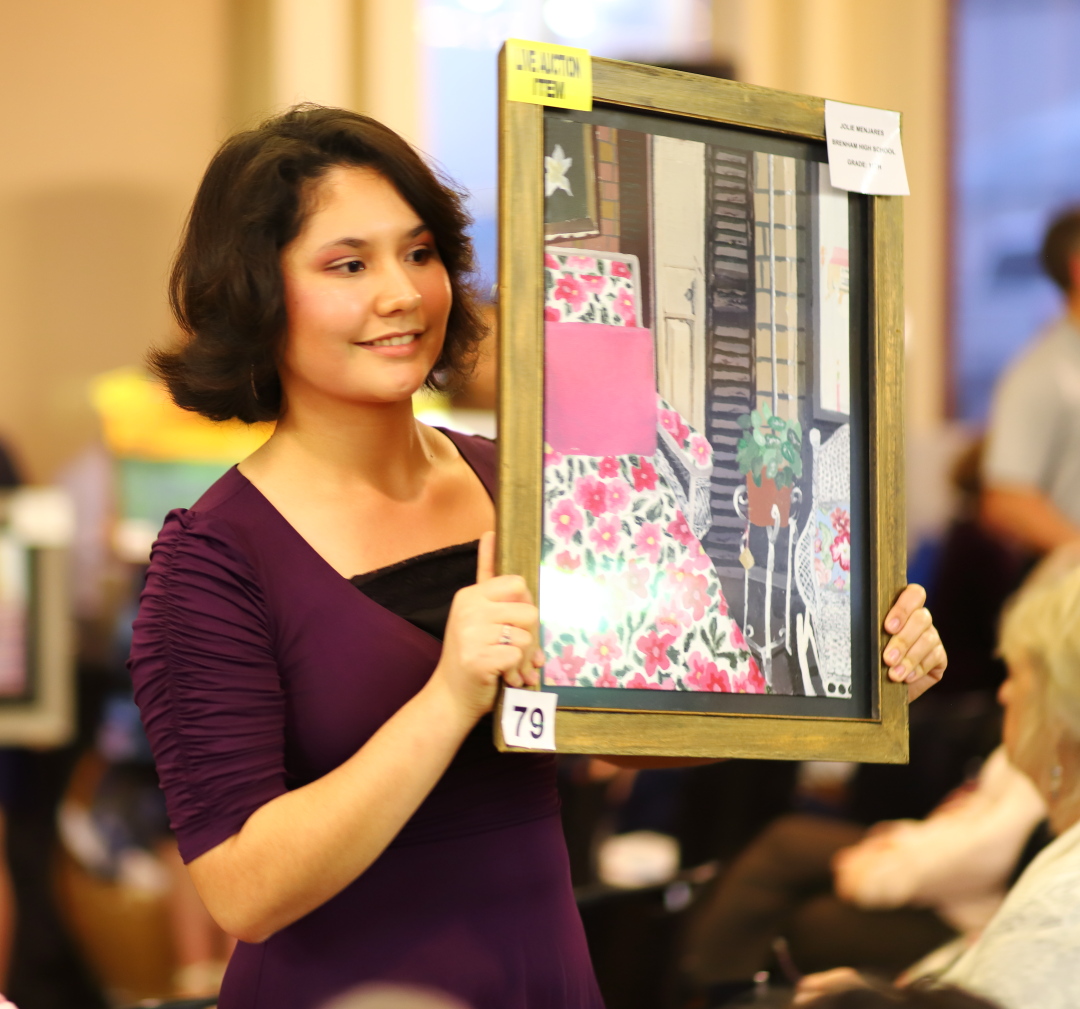 Jolie Menjares displays her painting that sold for $475 to Moorman and Tate Law Firm. 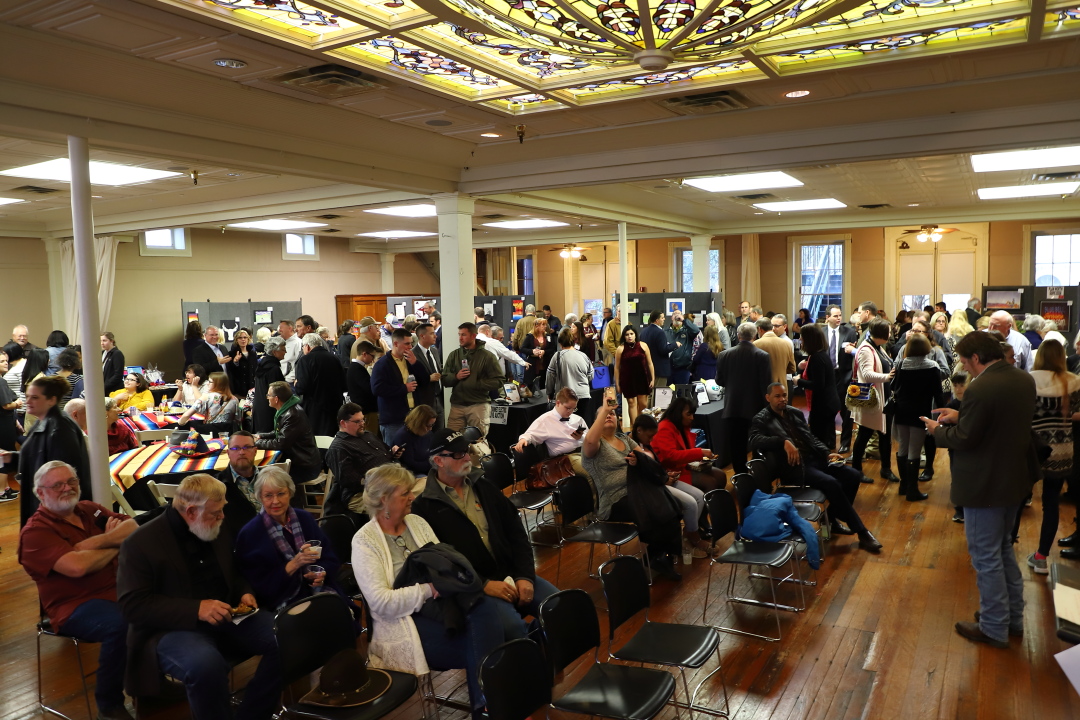 Crowd fills the ballroom at Ant Street Inn for the Arts and Appetizers event. 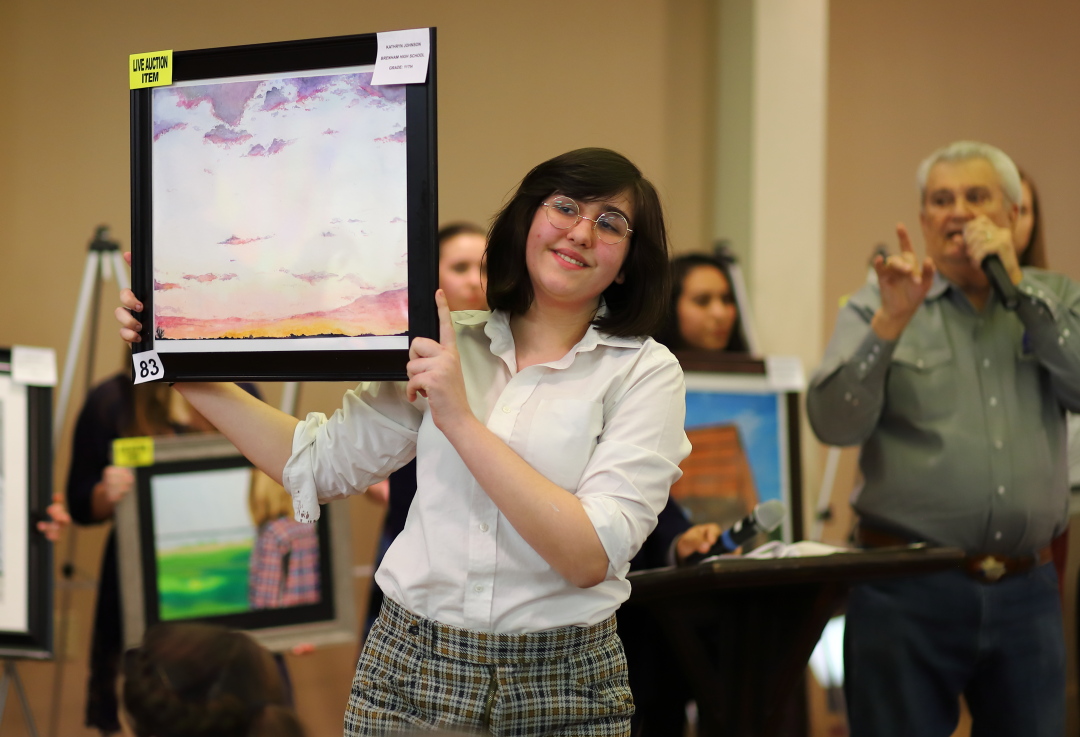 Kathryn Johnson shows off her painting as auctioneer Donald Ray Ahrens calls out the bids. 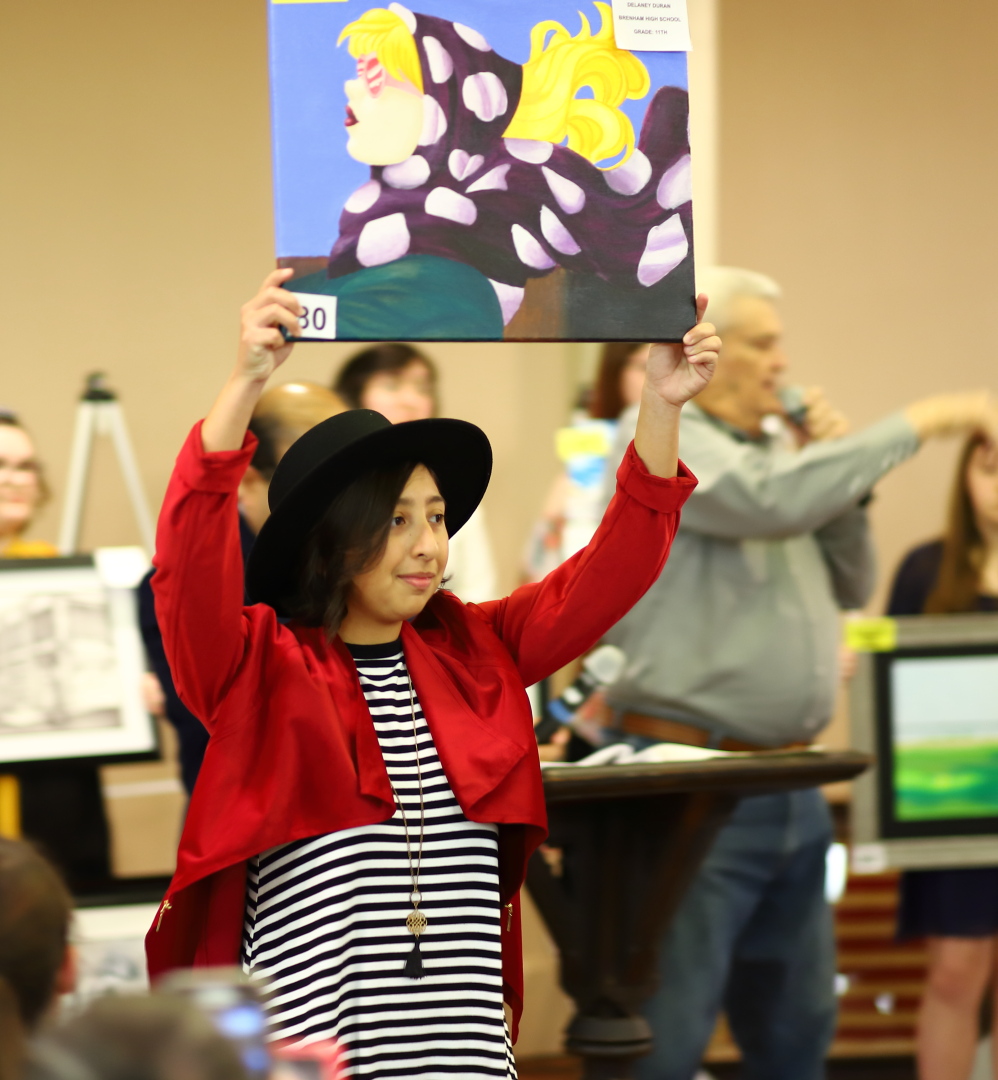